Posted at h in Instrument Transformers by 0 Comments 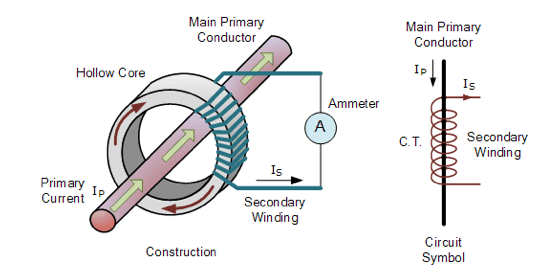 Current Transformers (CTs) are used extensively throughout electrical distribution systems for measuring, metering, and protection applications.  They are a simple devices designed to produce an alternating current in the secondary winding which is directly proportional to the current in the primary conductor.

The most common type of CT is a Toroidal CT.  Toroidal CTs are characterized by having the primary current conductor passing directly through the center core. Toroidal CTs are always connected in series which is why they are often referred to as “series transformers.”