The Super Powers of Insulators 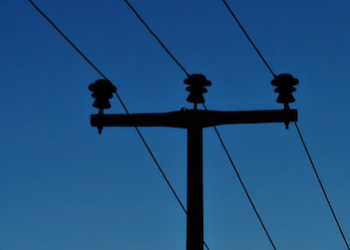 Insulators are everywhere. They are one of the most common components used in electrical transmission and distribution applications yet they are still somewhat misunderstood. In fact, they are typically disregarded, treated like a commodity, and often over looked. Many don’t understand that insulators are actually pretty amazing.

Most people know the basics. They can tell you insulators are essentially extremely poor conductors of electricity used to separate higher voltages from ground. What they miss is their real purpose.

The primary role of insulators is to provide mechanical support. While that may not seem like a super power, it’s vitally important. Their primary function is to support the powerline or electrical component mechanically. This is no easy task considering the environmental, physical, and electrical pressures that are applied.

Their secondary role is also important. Insulators separate the powerline from ground physically and electrically. In a typical power line application, the insulator maintains the air gap between the energized, bare conductor and ground. The insulator and the associated air gap prevent electrical shorts and flash overs.

Another super power all insulators have is they are mechanically designed to prevent current from “leaking” along its surface. Insulators are designed using “sheds” and carefully chosen materials designed to allow contaminants to be cleaned off during rain events. Leaking or creeping current can damage insulators and cause line to ground faults.

The truth is, the insulator is a pretty amazing piece of equipment. It is a critical technical component of the electrical grid. The three functions of insulators work to protect the grid from faults and, in essence, keep the lights on.

So the next time you see a mild-mannered insulator, I hope you remember it’s pretty super.

The Dielectric Strength of Insulating Materials

Should I Use a Porcelain or HDPE Insulator?

What is meant by Creep Distance in Insulator Design?

Why is Strike Distance so Important in Insulator Design?