Posted at h in Insulators by 0 Comments 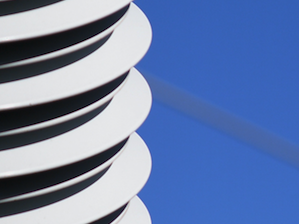 Different contamination levels require special consideration when designing or specifying electrical distribution equipment.  This is critical to ensure products will perform safely over time.  Specifying engineers need to define not only the type of product they will be using in the application, but also the environment where the equipment will be installed.

In the world of insulators, it is important to understand the relationship between creep distance & contamination levels. Creep distance is the shortest distance along the surface of the insulator between the conductive ends of the insulator, basically it is the shortest path between the energized end and ground through the external shape of the body.  Contamination is any substance which does not belong to the original component design for example dust, fungus, paint, pollutants etc.

This type of situation happens in the field on a daily basis.  Every installed insulator, over time, will acquire a small layer of dust and other contaminants which eventually could create a conductive path between high voltage and ground.   This is why it is recommendable to use insulators with a higher creep distance for applications where the contamination levels are higher.  The longer the creep distance, the lower the opportunities are to have a premature insulator failure.

Class I (Light): Areas without industry and low population density.

Class II (Medium): Areas where the industry does not produce pollution or with high populated areas but combined with frequent winds or rain.

Class III (Heavy): Areas with a high industry a population Density where pollution is present every day, it could also be the areas close to the ocean or with winds from the ocean.

Class IV (Very Heavy): Areas subject to conductive dust or pollution, close to the coast or where there is no rain for long periods of time.

For every contamination class, a minimum creepage distance (in mm) is recommended per kV:

Keep in mind, these are recommendations only.  Conditions in your area may be different.  Always air on the conservative side for creepage distance.